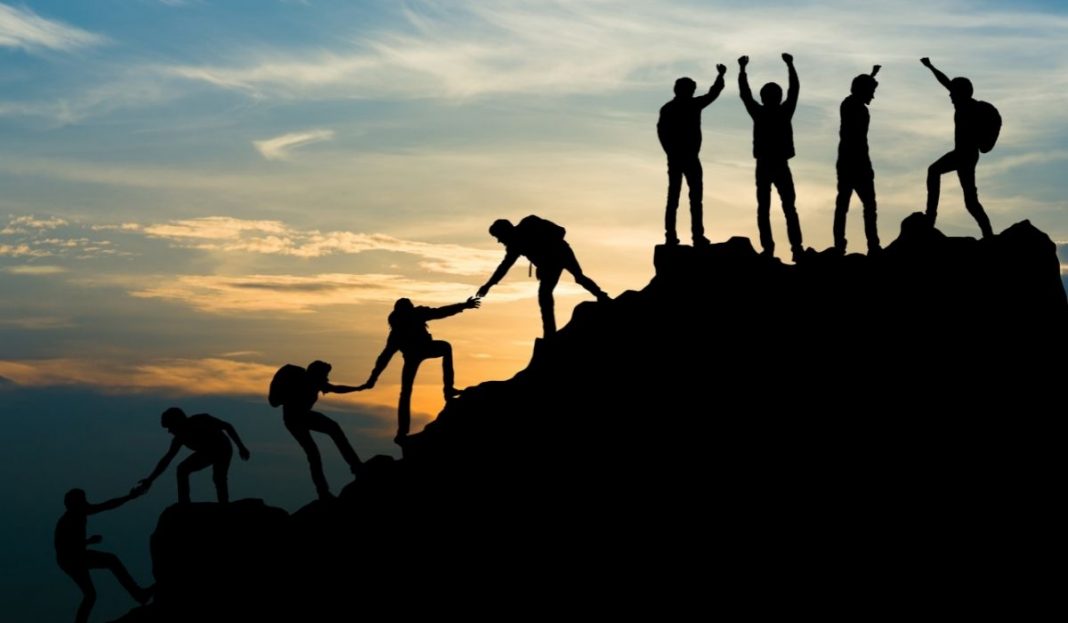 1. “A goal should scare you a little and excite you a lot.” ~ Joe Vitale

3. “The only way to do great work is to love what you do. If you haven’t found it yet, keep looking. Don’t settle.” ~ Steve Jobs

4. “The man who moves a mountain begins by carrying away small stones.” ~ Confucius

5. “My attitude is that if you push me towards something that you think is a weakness, then I will turn that perceived weakness into a strength.” ~ Michael Jordan

7. “It is better to fail in originality than to succeed in imitation.” ~ Herman Melville

8. “Through perseverance, many people win success out of what seemed destined to be certain failure.” ~ Benjamin Disraeli

9. “A year from now you may wish you had started today.” ~ Karen Lamb

10. “It takes courage to grow up and become who you really are.” ~ e.e. cummings

11. “If everything seems under control, you’re not going fast enough.” ~ Mario Andretti

13. “If you are working on something exciting that you really care about, you don’t have to be pushed. The vision pulls you.” ~ Steve Jobs

16. “Perseverance is failing 19 times and succeeding the 20th.” ~ Julie Andrews

17. “Just don’t give up trying to do what you really want to do. Where there is love and inspiration, I don’t think you can go wrong.” ~ Ella Fitzgerald

19. “Success is no accident. It is hard work, perseverance, learning, studying, sacrifice and most of all, love of what you are doing or learning to do.” ~ Edson Arantes do Nascimento (Pelé)

20. “It does not matter how slowly you go so long as you do not stop.” ~ Confucius

21. “The individual who says it is not possible should move out of the way of those doing it.” ~ Tricia Cunningham

22. “Success is the sum of small efforts repeated day in and day out.” ~ Robert Collier

24. “Success is liking yourself, liking what you do, and liking how you do it.” ~ Maya Angelou

25. “I would rather die of passion than of boredom.” ~ Emile Zola

26. “What we fear of doing most is usually what we most need to do.” ~ Ralph Waldo Emerson

27. “All who have accomplished great things have had a great aim, have fixed their gaze on a goal which was high, one which sometimes seemed impossible.” ~ Orison Swett Marden

29. “If your actions inspire others to dream more, learn more, do more and become more, you are a leader.” ~ John Quincy Adams

30. “Failure is the condiment that gives success its flavor.” ~ Truman Capote

31. “You get to decide where your time goes. You can either spend it moving forward, or you can spend it putting out fires. You decide. And if you don’t decide, others will decide for you.” ~ Tony Morgan

32. “We can do anything we want to do if we stick to it long enough.” ~ Helen Keller

33. “The more I want to get something done the less I call it work.” ~ Richard Bach

34. “Success seems to be largely a matter of hanging on after others have let go.” ~ William Feather

37. “With ordinary talent and extraordinary perseverance, all things are attainable.” ~ Thomas Fowell Buxton

39. “Build your own dreams or someone else will hire you to build theirs.” ~ Farrah Gray

40. “Success is the sum of small efforts, repeated day in and day out.” ~ Robert Collier

45. “Your imagination is your preview of life’s coming attractions.” ~ Albert Einstein

46. “Even if you’re on the right track, you’ll get run over if you just sit there.” ~ Will Rogers

48. “Victory is always possible for the person who refuses to stop fighting.” ~ Napoleon Hill

49. “You’ve got to get up every morning with determination if you’re going to go to bed with satisfaction.” ~ George Lorimer

50. “Never allow a person to tell you no, who doesn’t have the power to say yes.” ~ Eleanor Roosevelt

51. “Success only comes to those who dare to attempt.” ~ Mallika Tripathi

52. “Obstacles are those frightful things you see when you take your eyes off your goal.” ~ Henry Ford

53. “The student has goals. The master has systems to reach her goals.” ~ Maxime Legace

54. “A river cuts through a rock not because of its power, but its persistence.” ~ Jim Watkins

55. “The quality of a person’s life is in direct proportion to their commitment to excellence, regardless of their chosen field of endeavor.” ~ Vince Lombardi

58. “Don’t aim for success if you want it, just do what you love and believe in and it will come naturally.” ~ David Frost

59. “If you don’t design your own life plan, chances are you’ll fall into someone else’s plan and guess what they have planned for you? Not much.” ~ Jim Rohn

62. “Develop success from failures. Discouragement and failure are two of the surest stepping stones to success.” ~ Dale Carnegie

64. “Believe you can and you’re halfway there.” ~ Theodore Roosevelt

68. “People rarely succeed unless they have fun in what they are doing.” ~ Dale Carnegie

69. “If you think you are too small to make a difference, try sleeping with a mosquito.” ~ Dalai Lama

70. “I don’t focus on what I’m up against. I focus on my goals and I try to ignore the rest.” ~ Venus Williams

72. “Never allow a person to tell you no who doesn’t have the power to say yes.” ~ Eleanor Roosevelt

73. “We must be willing to let go of the life we planned so as to have the life that is waiting for us.” ~ Joseph Campbell

74. “Opportunity is missed by most people because it is dressed in overalls and looks like work.” ~ Thomas Edison

75. “Never give up on a dream just because of the time it will take to accomplish it. The time will pass anyway.” ~ Earl Nightingale

76. “Success is the progressive realization of a worthy goal or ideal.” ~ Earl Nightingale

77. “One of the lessons that I grew up with was to always stay true to yourself and never let what somebody else says distract you from your goals.” ~ Michelle Obama

78. “Things may come to those who wait, but only the things left by those who hustle.” ~ Abraham Lincoln

79. “Success is a state of mind. If you want success, start thinking of yourself as a success.” ~ Joyce Brothers

80. “It’s not that I’m so smart, it’s just that I stay with problems longer.” ~ Albert Einstein

83. “The true meaning of life is to plant trees under whose shade you do not expect to sit.” ~ Nelson Henderson